The darker it gets, the stronger is my belief in ghosts.


Interesting how girls get all ashamed when they’re in their underwear but they’re more than fine revealing the very same view in a bikini. The combination of innumerable choices you’ve made in your life have brought you to this exact point, reading this exact sentence. Gyms should offer a very cheap basic membership, but charge a penalty for every day you didn’t turn up. Funny you rarely get muscle ache in your tongue, no matter how much you speak. A birth certificate could easily be called a baby receipt. 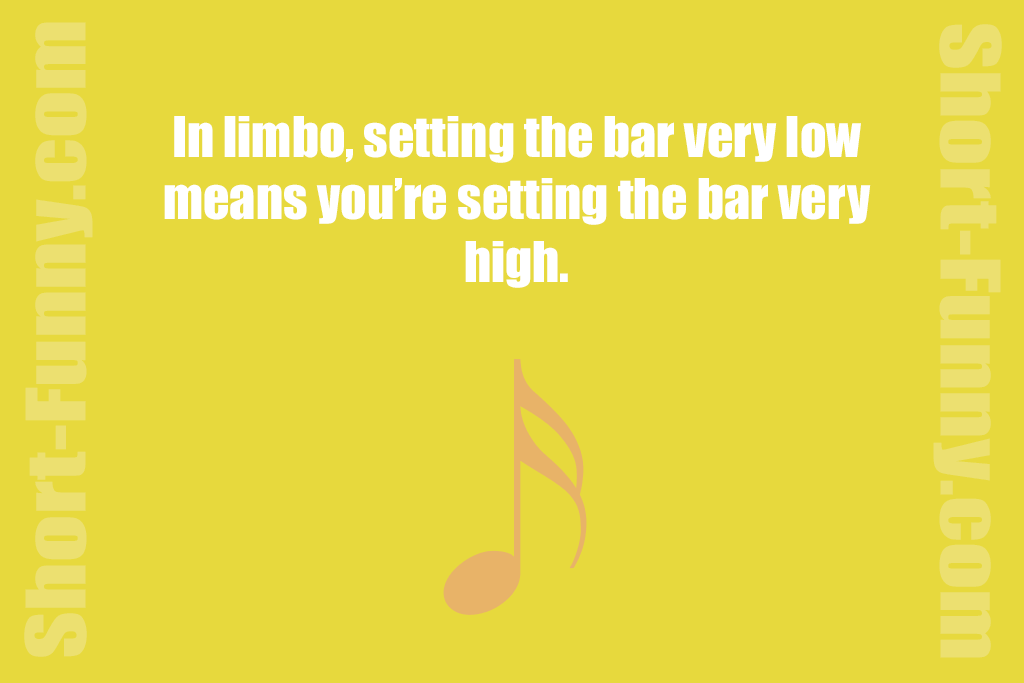 In limbo, setting the bar very low means you’re setting the bar very high. People who take snapshots of their food are made fun of today. But remember that for instance in the Renaissance, a person was willing to spend hours painting their bowl of fruit and people admired what they were doing. Cinderella must have had some seriously deformed feet if her shoe wouldn’t fit anybody else in town. I’m a man. Why is it so much better to pee in the nature than into a toilet bowl? Technically, you shouldn’t say you’re stuck in traffic. Because partly, you ARE the traffic. Cute animals have a higher chance of being saved from extinction. Being considered cute by humans clearly presents an evolutionary advantage. In millions of years, we can expect many species to be supercute. Dog food cans advertise they come in all sorts of different flavors but I’ll never know if it’s true unless I am willing to taste it. If you send an SMS to somebody (or everybody) saying: “I heard what you said about me”, you could find out rather a lot about what they think about you.


Jesus could walk on water. Watermelon is 92% water. So if I can walk on watermelons, I’m 92% Jesus. People scramble to the tops of tall buildings and give money in binoculars to observe things that are down on the ground. Next Part
Best Shower Thoughts