Are people saying you’re short? They’re really saying it’s a pity there isn’t more of you.


It will be super easy for those born in the year 2000 to state their age. Do vampires drink blood in order to get vitamin D because their vampirism doesn’t allow them to go in the sun which would produce vitamin D? What if humans are the true pets and cats have trained us to give them food and scratch them? 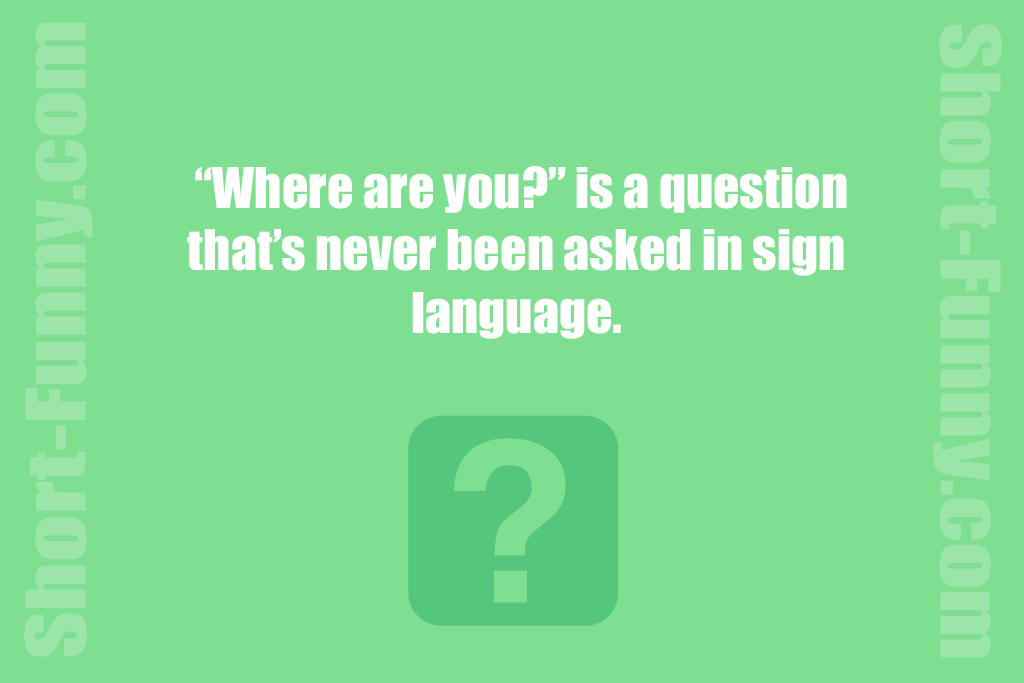 “Where are you?” is a question that’s never been asked in sign language. That moment when you switch off the light in the cellar and then run out as if the hounds of Hell were at your tail.My lips don't touch when I say the word 'touch'. My lips do touch when I say the word 'separate'. My right elbow is and will remain untouched by my right hand. Every single thing in this world is either a motorbike or not a motorbike. Will lots of fat friends make me look thinner? Prunes are dried-up plums. So prune juice doesn’t really exist. People laugh that an elephant would be scared by a mouse. But think how most people react to spiders.


Firetrucks should really be called watertrucks. Belt is the most disgusting item of clothing. People always touch it right after they’ve used the bathroom, but nobody ever washes it. Why does every numeric keypad contain a Num Lock? I’ve never come across a situation where I would benefit from turning off my numeric pad… Why can’t we have toothpaste in soap dispensers? Maybe the reason you think your washing machine is only eating single socks is that you wouldn’t really notice if it ate a whole pair. No-one has ever been in an empty room. The feeling when your socks are soaking wet must be similar to what it feels like for a cat to get its fur wet. Every 130 years, the Earth is inhabited by a totally new set of humans. Next Part
Best Shower Thoughts