Geeks are cool, nobody could disprove it since the Big Bang Theory. So be ye an IT geek, a linguist geek, a general know-it-all or simply enjoy a bit of a mental stretch in your jokes, welcome! We've got you covered.

What?! Photons have mass??!! I had no idea they were Catholic! Romantic relationships can actually be represented in algebra. You for example, have definitely at some point looked at your X and asked yourself Y.


I went on a date with a chess player to an Italian restaurant  with checkered table cloths. It took him maybe half an hour to pass the salt.  The leading source of computer problems is computer solutions. Why did the surgeon not like the movie?
-
It was the uncut version.
Boss: “I can clearly smell alcohol on somebody’s breath!”
-
One of the staff: “Um, boss, this is a video conference.”
Q: What happens when eight hobbits get together?
-
A: They turn into a hobbyte. It is a fact of nature that light arrives faster than sound. Which is why some people can appear quite bright, until they speak. A jellyfish has existed as a species for 500 million years, surviving just fine without a brain. That gives hope to quite a few people. IT paradox?
-
The warmer a computer becomes, the more it freezes. Why did Thor lose his power of lightning as a teenager?
-
Because he got grounded. Panic, Chaos, Pandemonium – my work here is finished. A superconductor comes into a bar.

The superconductor didn’t put up any resistance. Last words of a Jedi apprentice, “Of course I know which side the light saber comes out!” What should I put on my tofu burger?
-
A curse! Stephen Hawking died.

Have you tried turning him off and on again? Jokes about communism are only good if everybody gets them. My iPod is in Titanic mode right now. It is syncing. Why are astronauts always so calm and efficient?

Zero pressure in vacuum. A programmer gets shopping instructions from his wife: Go buy a cauliflower. If they have oranges, get two dozens. He comes home with 24 cauliflowers. A web designer is filling out a form: 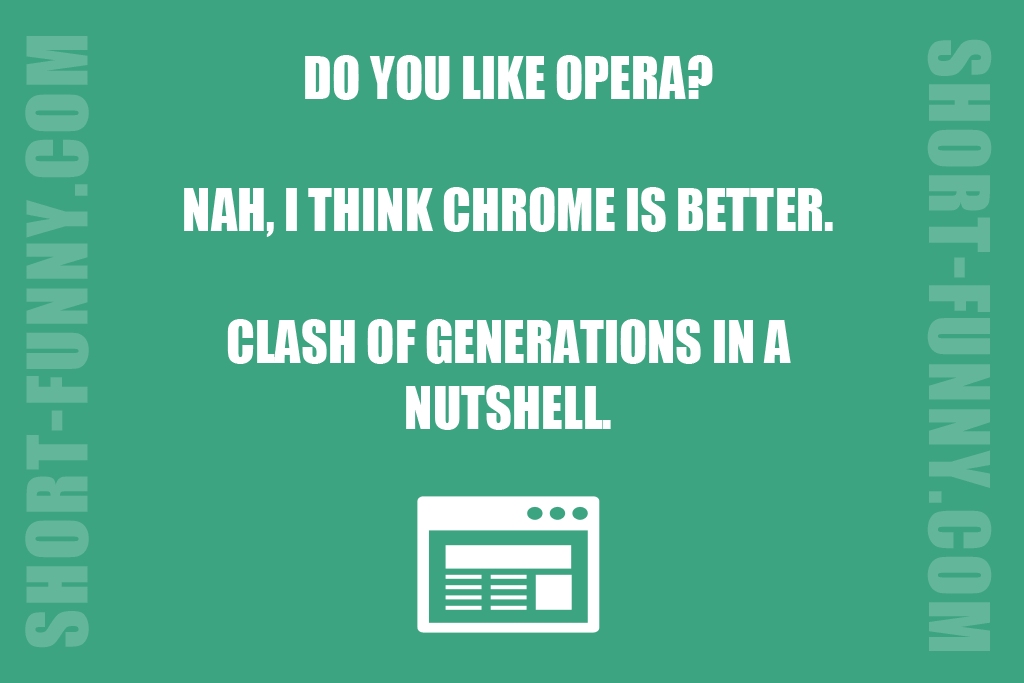 Two admins are talking, “This friend of mine shot down the main server yesterday within minutes.”
-
“So what is he, like, a hacker?”
-
“No, an imbecile.” Time is money. Therefore, ATMs are time machines. Do you think that when Han Solo married Princess Leia, she demanded that he change his name to Han Married?

How Long is a Chinese name.


Beethoven: So what up, guys? Are you ready for some serious symphonies?
-
Excited crowd: YEEEAAAAHHHHH!!
-
Beethoven: I can’t hear you!!! I found the perfect new super hero name for me: Irony Man Mother: “Oh my Lord, your room is such a mess! Why are there so many things on the floor?”
-
Son: “Come on mom, duh. Gravity, of course!” A young, dynamic software company is looking for a hacker. Please leave your structured CV in our “HUB_01” computer in the C:/Documents/Applicants folder. God is dead. (Friedrich Nietzsche, 1882)

Nietzsche is dead. (God, 1900) Christmas at the Schrödingers' was a rather awkward affair. Even days after Christmas, boxes were lying under the Christmas tree that nobody dared open. I’ve been a naughty girl… I think I deserve punishment…” she said suggestively, biting her lip.

“As you say,” said he and installed Windows Vista on her laptop. What is the difference between an IT guy and a regular guy?

What was written on the tombstone of a computer nerd?
-
Offline since 2020.
How do you like your eggs in the morning?
-
Unfertilized. A floppy disc is kind of like Jesus, really.

It died and became the icon of saving. They say that a PC user keeps a screwdriver and pliers next to his keyboard, while a Mac user keeps a glass of wine.
-
That actually makes sense because when your Mac malfunctions, all you can do is just get drunk. Knock, knock.

You might want to take this talk somewhere a bit more private. A distrainor rings the doorbell.

A voice comes from behind the door, “We’re not home.”

Distrainor: “Correct, not anymore you aren’t.” “I just don’t understand how somebody could guess my PIN number!”

“What was your PIN?”

The date the emperor Aizong of the Jin dynasty committed suicide, bringing about the end of the Jin Dynasty.”

“Wow, that sounds obscure enough, when was that?”

“In 1234.” Proper spelling and grammar is very important and for instance a coma can totally change the meaning of a statement.

An accused cannibal is trying to defend himself at court: “Your Honor, if it really is as they say, You are what you eat, then I must insist I am a perfectly innocent victim here!” Two blind people are walking, one of them with a twenty-meter white cane and nudges the other, “So, I got myself this really sweet binoculars!” Tomato is a fruit, right? Does that make ketchup a smoothie?
Next Part
Best Geek Jokes